From Patrick: Did you ever get a terrible haircut? 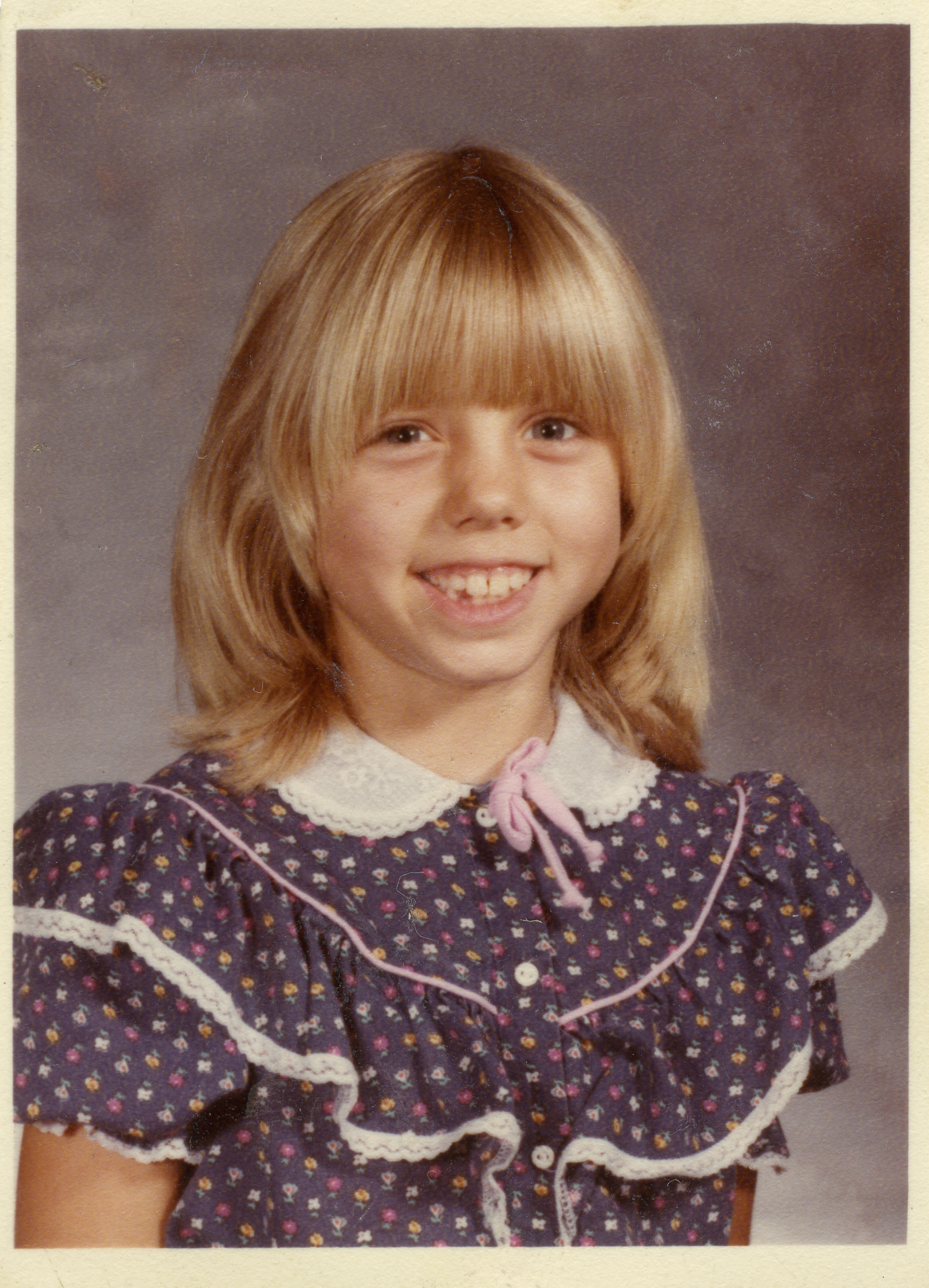 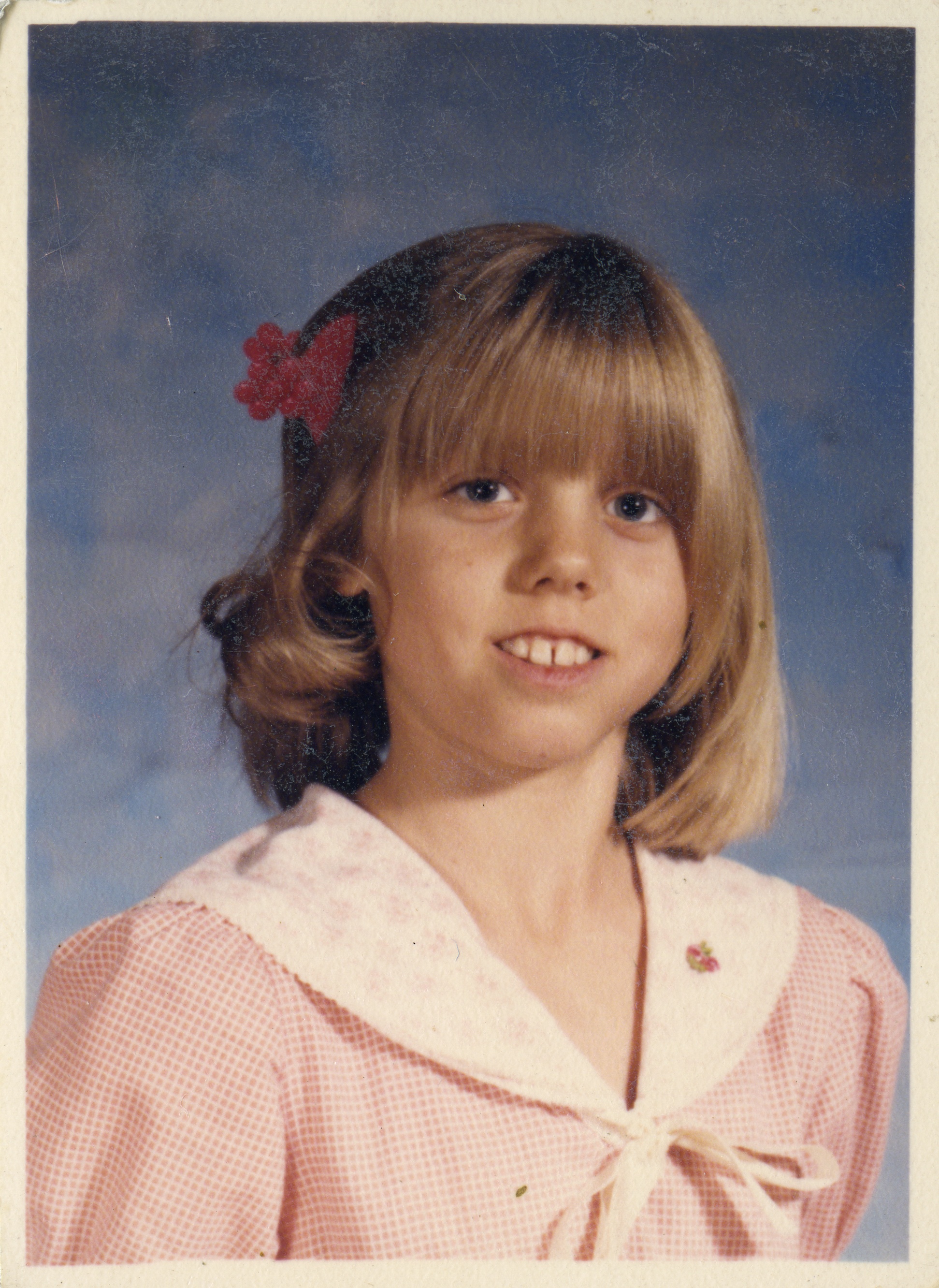 Why do you ask?

Actually, the two photos above, which I used in a recent story to Kenzie with the same joke, reveal hair that was stylish in its time. It is only in retrospect that I can laugh at how unfortunate these trends were. So these definitely qualify as bad haircuts, but I don’t think anyone described them as such back then, since everyone else had somewhat similar hairdos.

TERRIBLE HAIRCUTS AND OTHER TRAGEDIES

There was a time in my life when I wanted the same haircut and color every time I went to the salon. If my colorist or stylist deviated in the slightest from what they had done the time before, I considered it a terrible hair experience and made them “fix” it.

Also, sometimes it’s hard to say whether a haircut is good or bad, since reasonable minds may differ. I’ve had haircuts that made me upset that everyone else seemed to love, and I have had haircuts that I really liked but other people didn’t care for … as they told me later, after I’d changed my haircut to a different style.

By the way, I’m looping color into your question about cut because both color and cut can be either glorious or disastrous, in exactly the same ways. And, with both, I’ve learned that both the triumphs and the calamities are temporary, and that since most people’s hair grows back, we always have a chance to start over.

Some people think a terrible haircut is the worst thing in the world. Not me. I think the bigger tragedy is being the way I once was: so locked into a certain idea of how you want to look that you can’t tolerate your stylist or colorist changing it.

Do you know what else is a disaster? Pippi Longstocking’s hair. Do you know Pippi? She’s not a real person, so it’s OK if I say she has hair problems. She is a character in children’s books, TV shows, and movies, whose bright red hair sticks up, even when she has it in braids. See? 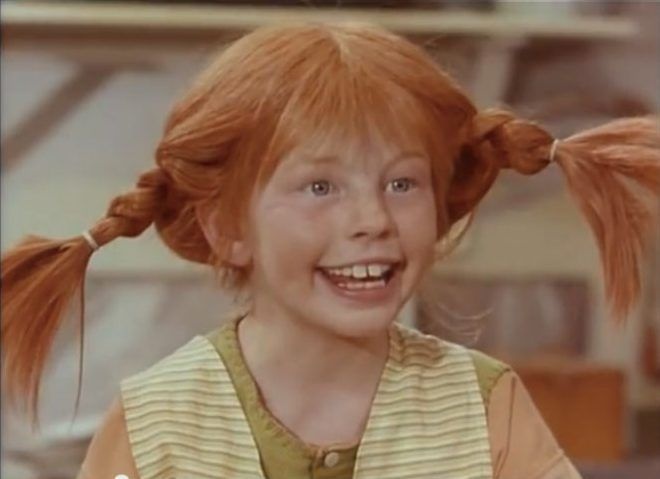 And since her character always has to look that way for the books, shows, and movies she stars in, she never gets to let it grow out into a better situation, or get it colored into a calmer hue.

She’s not lucky like the rest of us, who can just decide to cut our hair again, or grow it out, or change the color … all of which I do often, now that I’m not afraid to change my hair.

The turning point for me was finding a hairdresser I trust. I’ve gone to Steven since the fall of 2005. I barely even tell him anymore what I want him to do with my color or cut because he knows what I like and what I don’t, and according to me, he has never made a mistake in twelve years.

I discovered Steven while I was looking for a new hairdresser. In 2005, I’d been to the same person for six years, and I started feeling unhappy with the way he was cutting my hair. At that time, I had two different people for cut and color. One Saturday, I chose someone whom none of my friends knew to chop my hair from very long to bob length, which means somewhere along my chin line or slightly above.

The haircut was terrible. It wouldn’t make people stop and point at the calamity because it wasn’t one. It was just … boring. As my then-colorist said, “You look like you’re about to get in the Volvo to pick the kids up from soccer.” That reaction is hard to unpack for a four-year-old such as yourself, but the adults reading this will know what I mean. Essentially, I looked like I would have been friends with the people in this photo: 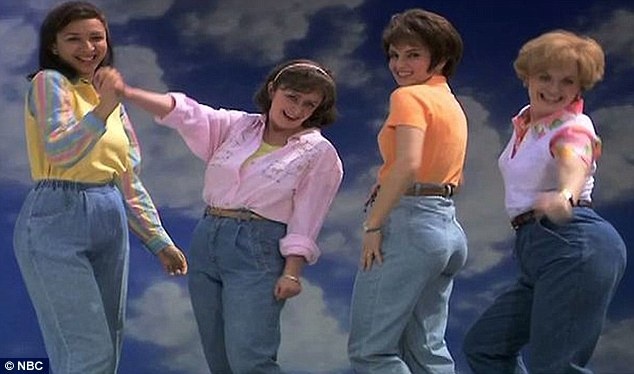 I had gone to my colorist the same weekend as this cut because he’d said he needed me to get it cut before he could color it, since I was chopping so much off. This is also hard to explain to a four-year-old, but the adults will know what I mean by this, too. Anyway, when I went to him with my soccer mom hair, he said he couldn’t color it yet because I had to change it, and it would look too different for him to guess about the color before I fixed the cut.

My colorist got me an emergency appointment with Steven for that evening, and he took it from boring to marvelous. I was delighted when Will Smith, an actor whom I really liked at the time, seemed to agree that my hair was quite something. My choir was posing for a photo with him, and he grabbed my hand, then looked over at me and told me a joke. That, my friend, is the power of a good haircut. See? 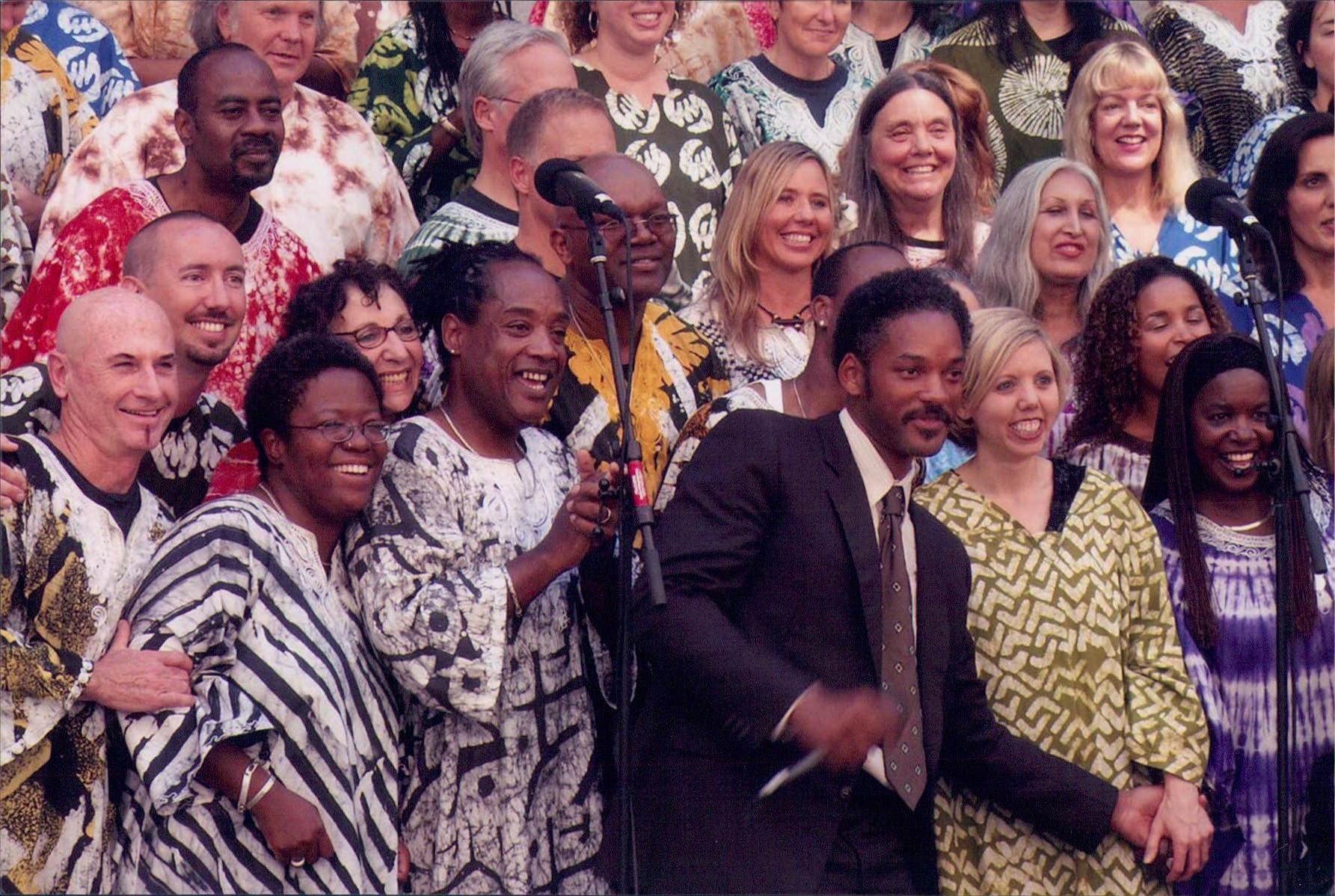 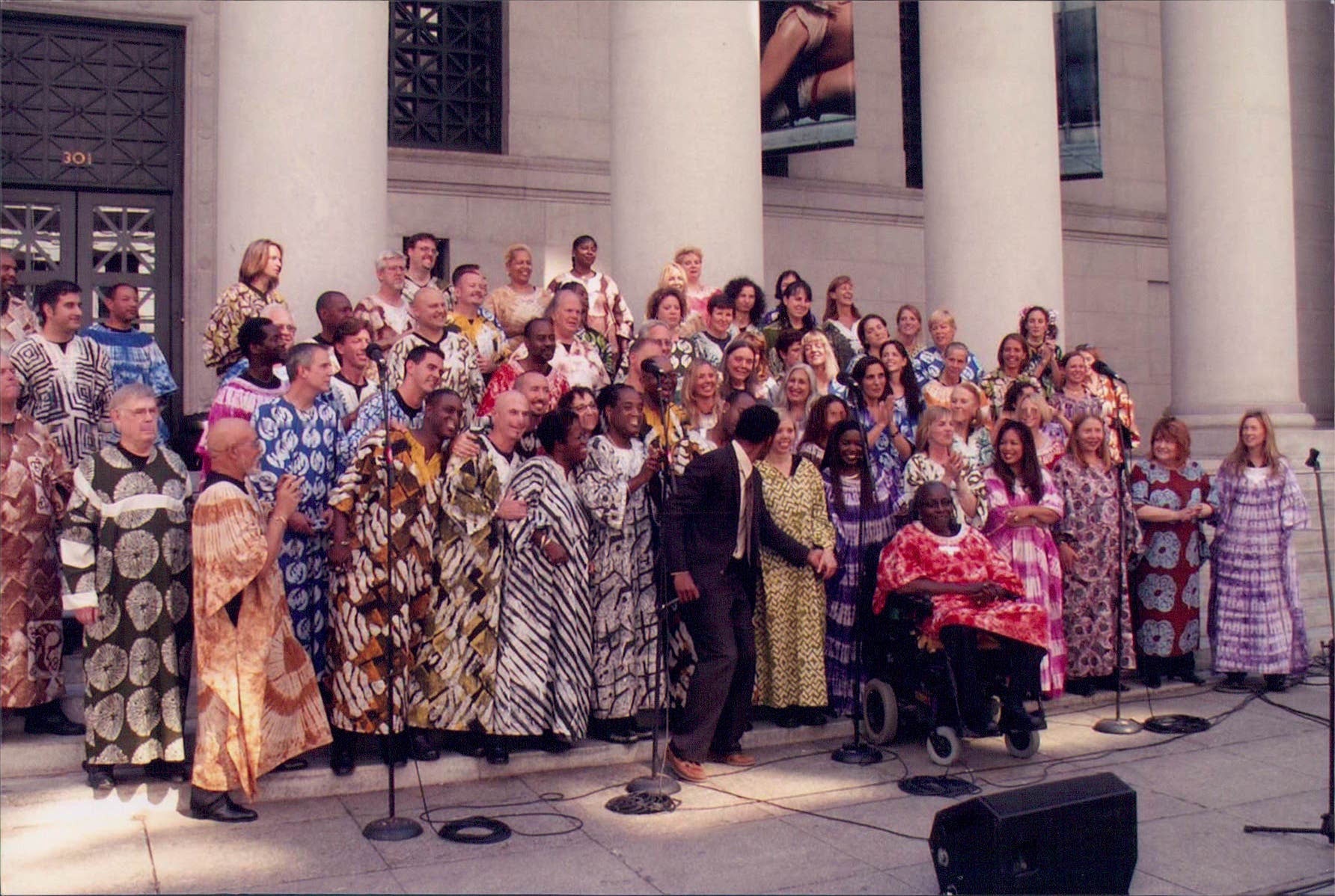 Anyway, a few years into working with Steven, I started being less happy with the colorist who had introduced me to Steven, and I started having Steven do both my cut and color. That made a lot more sense anyway, since I could then have one appointment for both at one salon, rather than going to two different salons, for one person to do my color and the other to cut my hair. So Steven has been doing both my color and cut for years.

Do you want to see some terrible haircuts? I’ve got some for you.

What if you were the “Bad hair day? More like bad hair life!” baby? 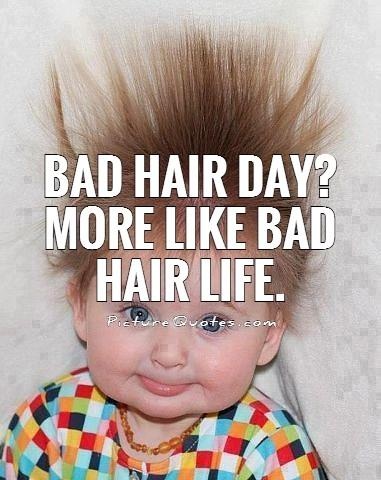 What if you were this guy? 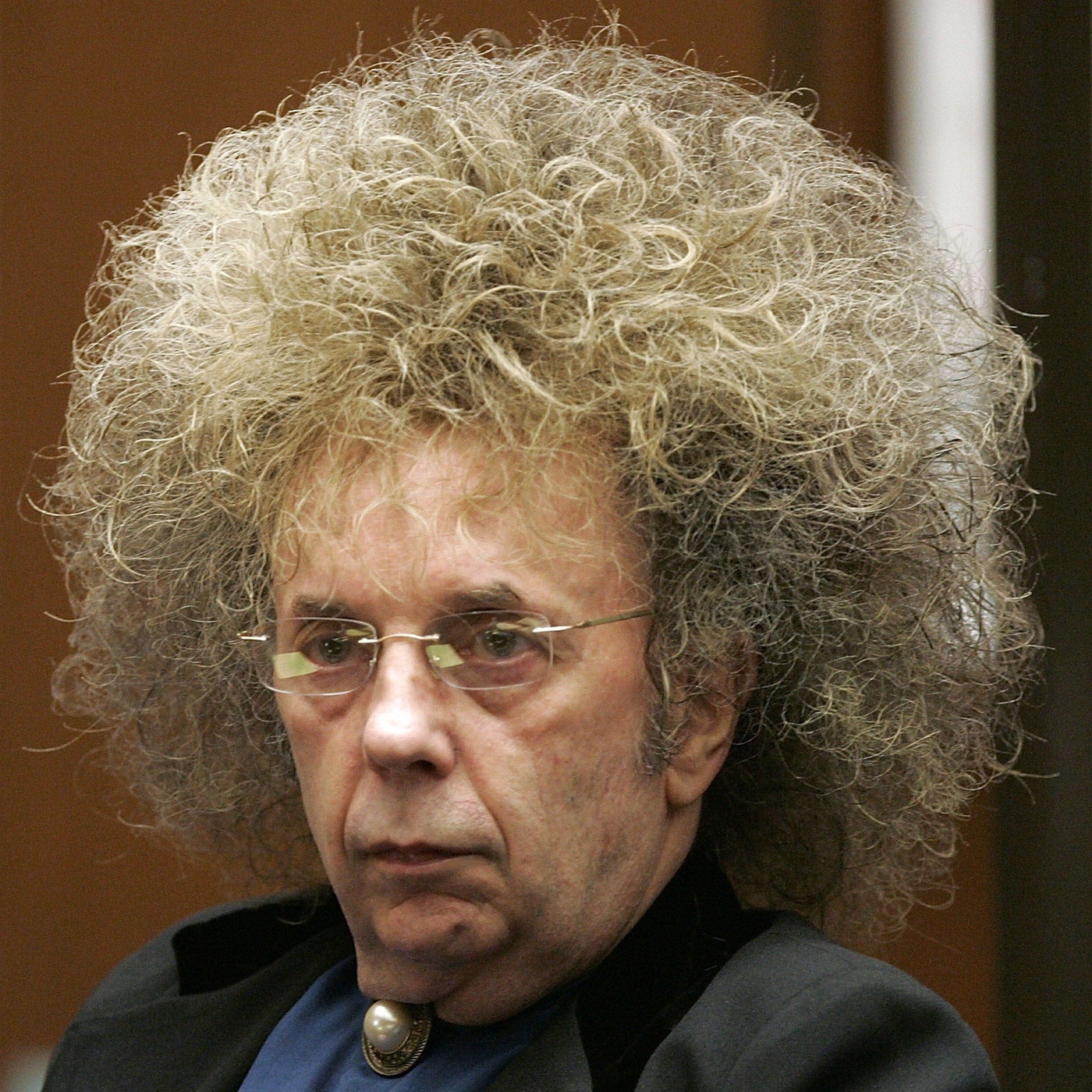 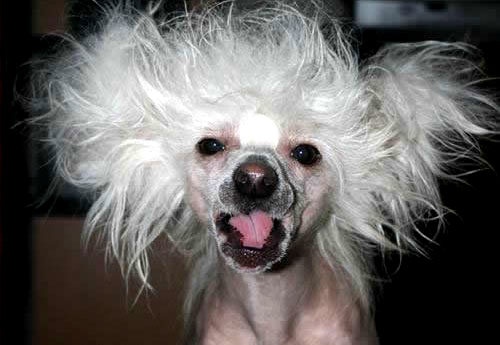 Or Willie in a bad wig? 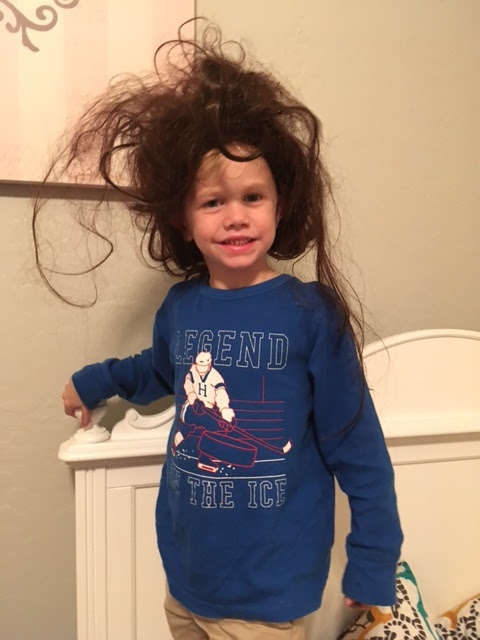 Actually, I did once have a haircut that was terrible by any measure. I was around Kenzie’s age, and I cut my own hair. I don’t remember the circumstances, but I think it had something to do with this Barbie I had, whose hair you could gently pull to make it grow long … then, to shorten it, you would stuff it all back into the hidden compartment from which you’d pulled it.

I think I didn’t understand exactly how it worked, so I chopped that Barbie’s hair, thinking all I would need to do for it to grow long again was to pull it. But as it turns out, when you cut off all the hair you would otherwise have to pull, there’s nothing left, and all you have is butchered Barbie hair.

I think I did something similar to my own head, using the same reasoning, before I learned the lesson that you can’t grow human hair by pulling it, gently or otherwise … and that you have no hair to pull anyway, if you cut it all off. Grandma Janet had to take me to the hair salon, so they could fix my hair.

This next one isn’t a haircut story, but I did get gum in my hair once. I don’t remember exactly what happened, but I suspect I didn’t gum myself: either your dad or one of your aunts or uncles was involved. I remember Grandma Janet trying to get the gum out with peanut butter. I don’t remember whether that worked, but it did make me hungry.

What about you, Patrick? Have you ever had a terrible haircut? It’s hard to imagine. Your hair always looks sensational, especially when one of your parents or Lystra has run a little gel through it. Here you are with that famous tousled look of yours: 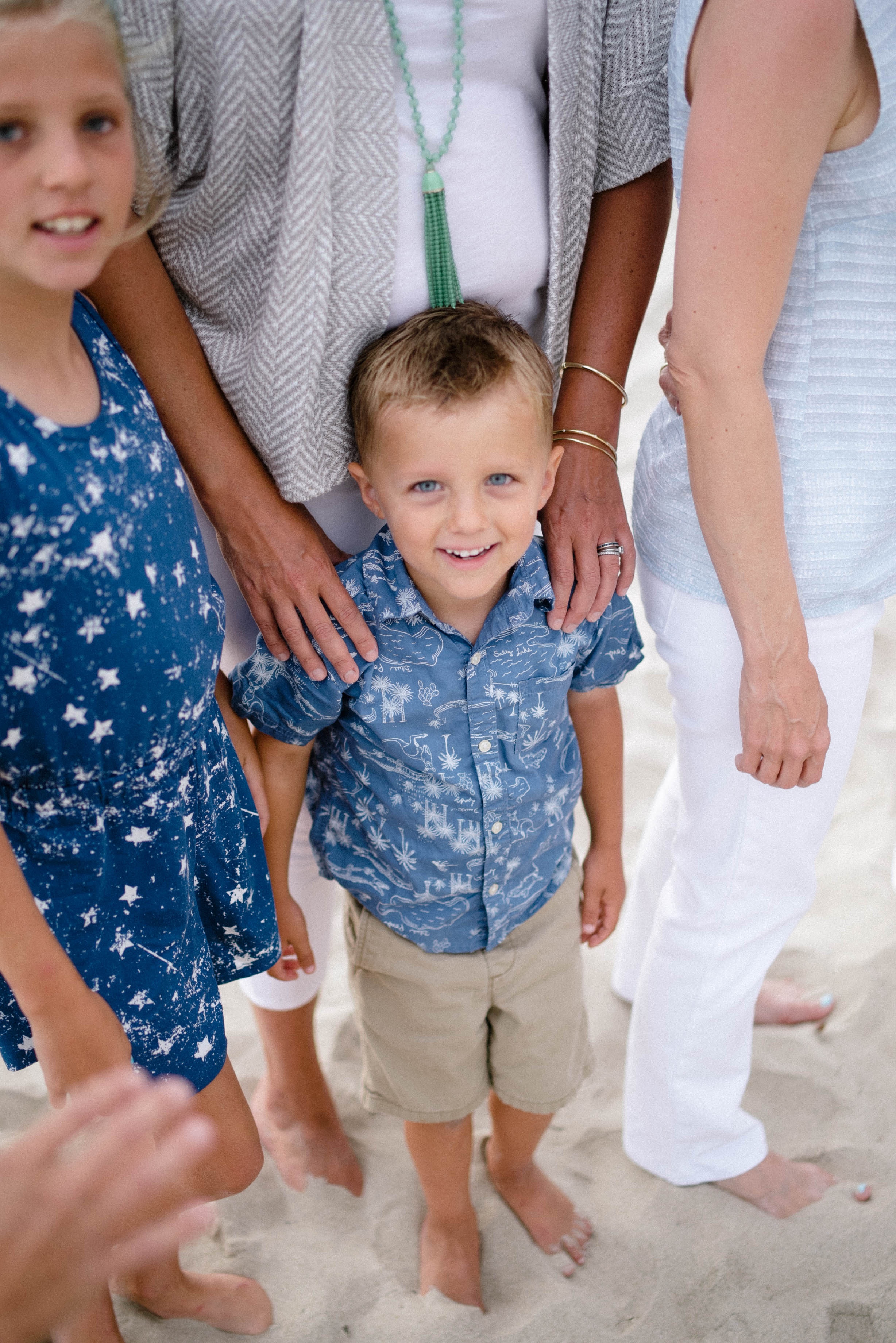 Anyway, if you did ever have a bad haircut, I’m sure you learned that hair regenerates, so everything would ultimately be fine. It’s like one of my favorite quotes, which is attributed to a few different people, including John Lennon. It goes: “Everything will be OK in the end. If it isn’t OK, it isn’t the end.” That goes double for hair, don’t you think?