From Eliza: What is the longest project you have ever worked on?

What a fascinating question! I wonder what caused you to ask. Have you been working on a long project? Did it take so long that you grew a beard while waiting to finish?

I’m not one for long projects. As I often say, I’m a sprinter, not a marathon runner: When I start anything, I like to know when I will be done and on to the next thing.

I have been a writer since 2004, the year I first knew I had talent in writing that many do not share. Before then, I presumed everyone could write well, since you have to write to get through school. I didn’t realize there was any difference between people who could write well enough to communicate their ideas and pass their classes, and those, like me, who love words and know how to put them together into stories people like to read.

Once I understood that I had writing talent, I formed publication goals: I wanted to write a book; I hoped to be a magazine writer; and, probably more than anything, I wanted to be a weekly newspaper columnist, meaning someone who writes a different story every week on some topic of interest to her audience.

This year, the third of these goals—writing a weekly column—came true. When Anna Jacket asked me if I wanted to write weekly stories to you, your brother, and your six Burke cousins on a platform called “StoryWorth,” from February 2017 to February 2018, I loved the idea and immediately said yes.

With just over a month left on this year-long project, I can say that it’s the longest one I’ve ever worked on. Even though I have legal cases for work that take years to complete, I don’t think of those as singular projects because each case has a certain phase, and none has lasted more than ten months.

Also, I don’t do New Year’s resolutions, so I have never set up a new habit or restriction on January 1 of any year that carried me through December 31 of the same year. Speaking of which, Happy New Year!

Writing for the eight of you this year has been more fun than I could have imagined, and has felt like having a weekly column, which is why I wrote earlier that with StoryWorth, my dream of writing a weekly column came true.

This joyful undertaking has been a lot of hard work. With each of your questions, I’ve thought a lot about why you were asking and what response would interest you. I have considered the photos and videos I have, and how any of these would tie in with my answer so you could see what your parents, aunts, uncles, and grandparents looked like when they were younger, or could watch yourselves and each other on video.

Since I have a full-time legal practice, I’ve mostly done my StoryWorth writing on weeknights and weekends, squeezed in between social engagements, which has meant a lot of late nights and no free weekends all year.

I am not complaining. In fact, a couple months ago, when I wanted my weekends back, I figured out that writing as much as I’d been doing for StoryWorth meant changing the priority I gave to writing. Before this year, it had always been something I had done on the margins of my paid professional work, after all my socializing.

I changed that by dedicating one weekday morning per week to my writing. This time slot doesn’t allow me to get my StoryWorth stories totally finished, but I can make a huge dent, giving me more time back on weeknights and weekends.

I haven’t been able to keep my one-weekday-per-week writing goal every week; sometimes my legal practice has been way too busy or I’ve been rushing to get out of town for a vacation. But on the weeks when I’ve done it, I felt so much better treating my writing like work, even though it doesn’t pay like my legal work does.

I’m so glad I threw myself into this long project, which isn’t quite over yet but is almost there. It allowed me to answer important questions, like:

From Maggie: “What was your most exhilarating birthday when you were growing up?”

From Willie: “Did you ever have a commercial you really liked?”

From Brennan: “What does Martin Luther King’s legacy mean to you?”

From you: “What famous or important people have you met in real life?”

From Kenzie: “If you could have as much money as you wanted, what would you spend it on?”

From Abbey: “What was one of your favorite holiday memories?”

From Patrick: “What was your favorite candy as a child?” 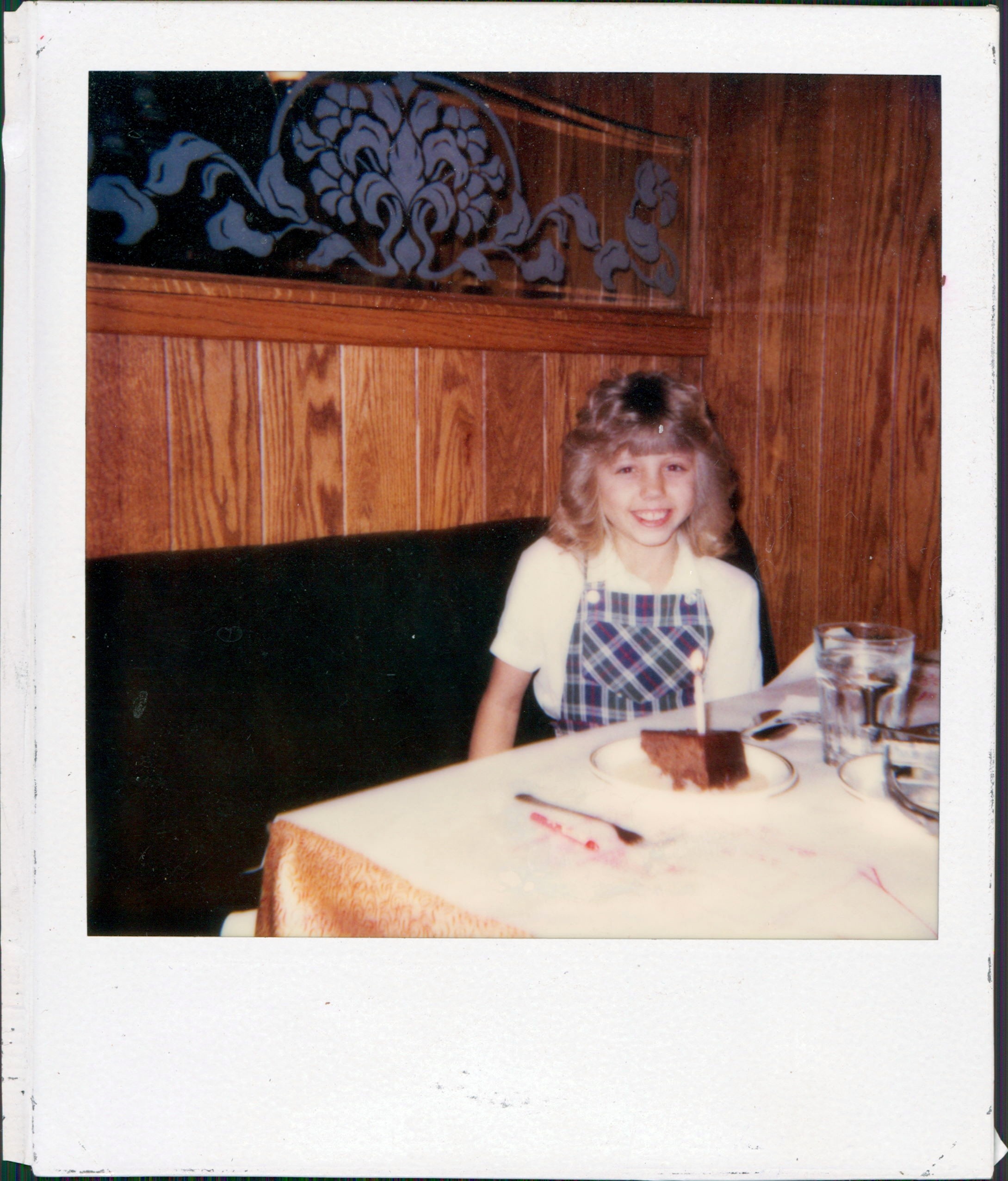 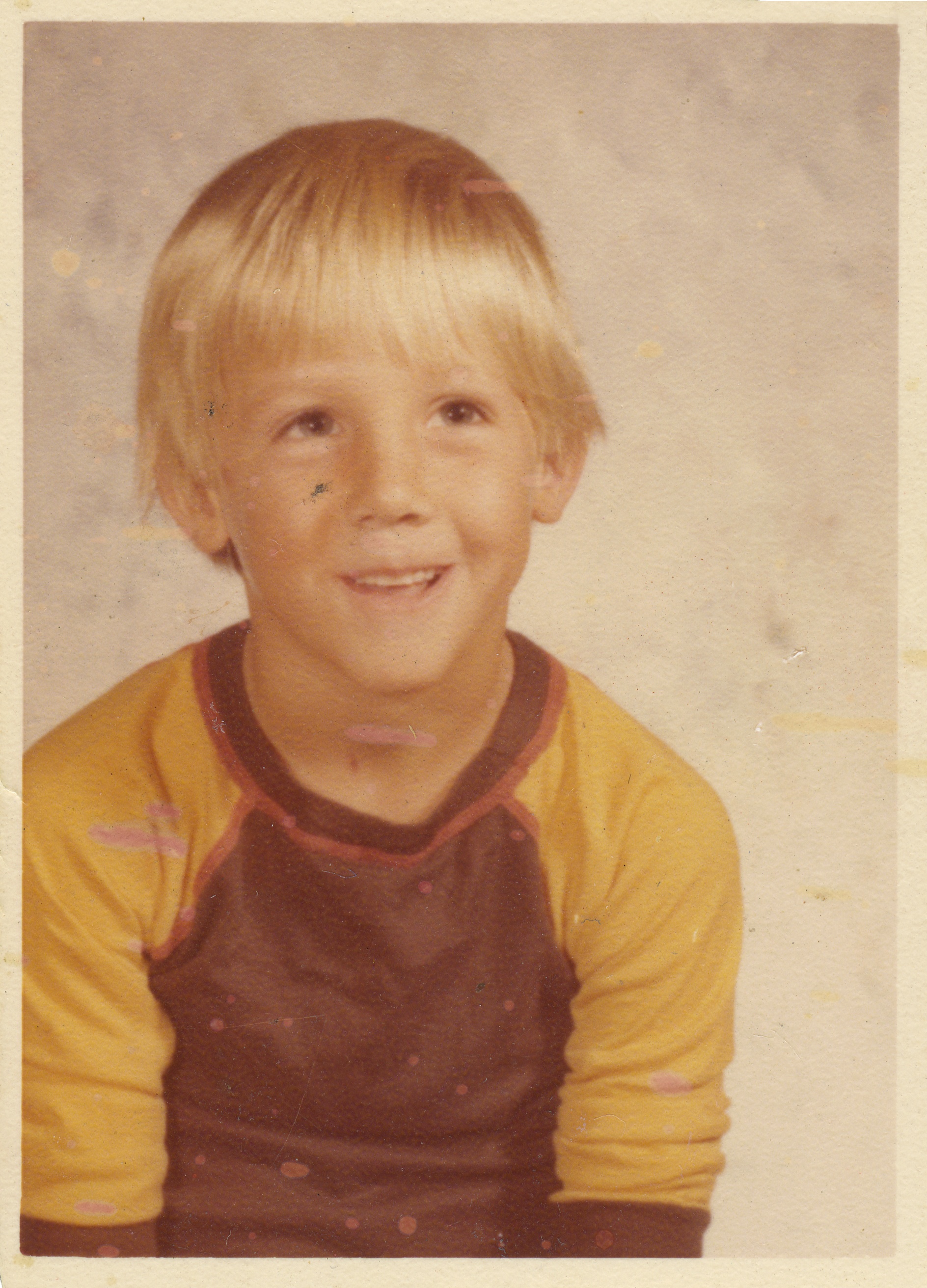 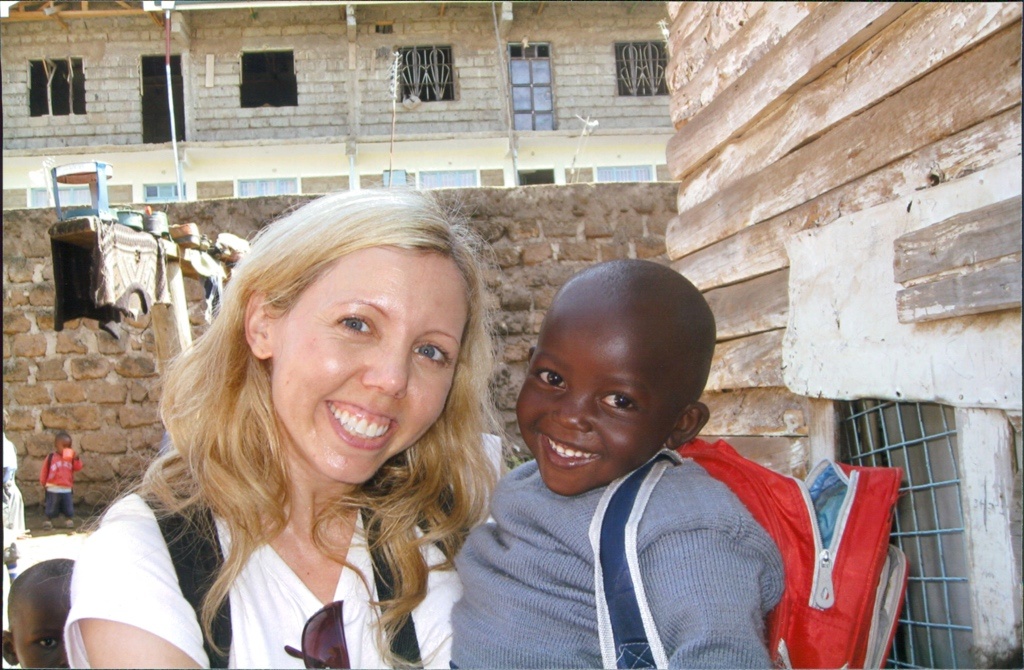 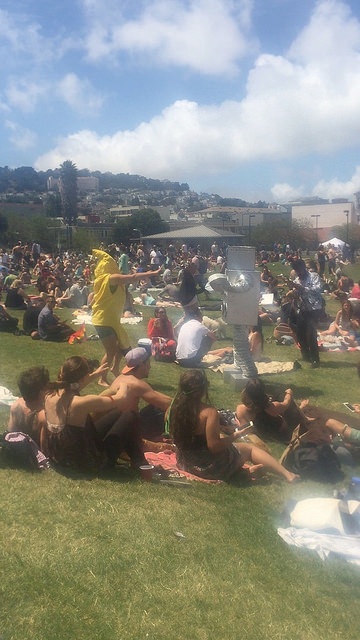 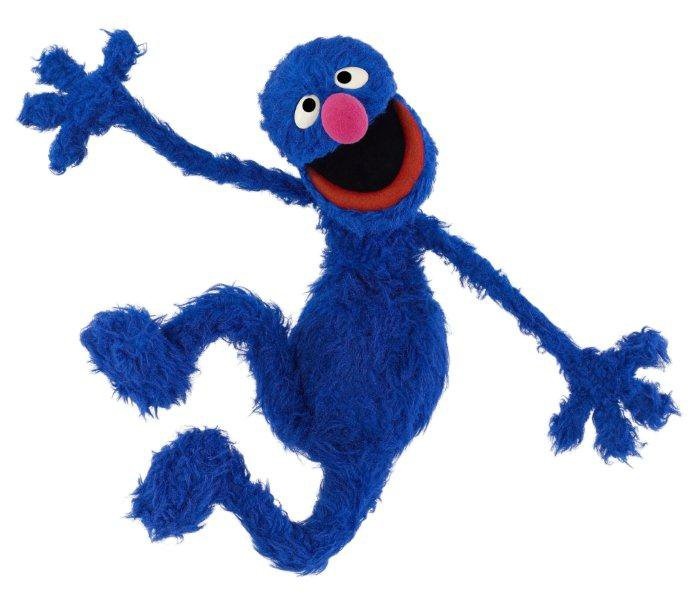 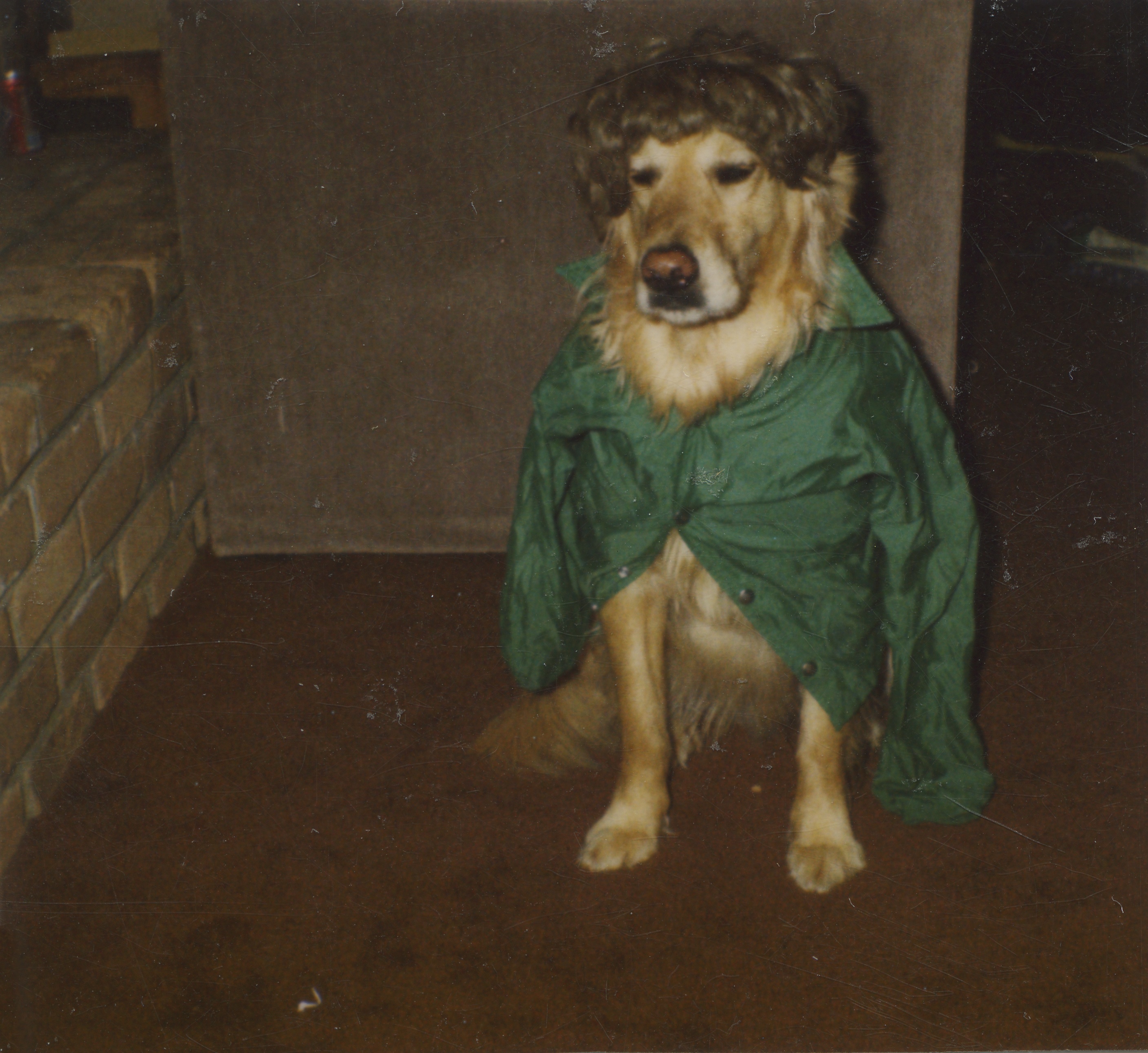 When the weekly stories end next month, you’ll receive hardcover books of all the stories and photos, so you can reread them as often as you want with your parents or, pretty soon, on your own. You can bet your bunzos you are prominently featured in the collection!

Also, if you ever want a story for your birthday or other special occasion, you can ask me a question and I will write you a story like I did all this year … and I’ll still get you a present, too.

MY NEXT LONG PROJECT

Every winter, I attend a writers conference in New Orleans. This December, before I came to Phoenix for the holidays, I was there. I showed an editor some of the stories I’ve written to you, your brother, and your cousins. She loved it and encouraged me to write a book of short stories, and introduced me to a publisher who will likely read my manuscript when it’s ready.

That’s going to be the longest project I’ve undertaken. You would think that since I’ve written well over 100,000 words to you, Willie, and your cousins this year, I could just use them as drafted—or, better yet, sell my StoryWorth books when we get them. Well, I can do either one, but I’m going to do the painstaking revisions necessary to make them worthy of a story collection on the market.

It’s thanks to you, Willie, and your cousins that I’m onto this next phase of publishing a book. I had wanted to do that for years, then I felt like I would never have the time … then the StoryWorth project forced me to make the time during business hours to write each week. Through this project, I finally realized my writing is worth fitting into work hours.

YOUR NEXT LONG PROJECT

What’s your next long project, Eliza? How will you make time for it, so it gets the priority it deserves?

When I saw you in December, I asked how your project of drawing answers to questions about your grandparents was going. Anna Jacket had emailed me this photo of you working on it shortly after I asked you the questions: 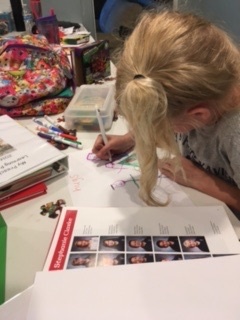 You asked me to remind you what the questions were. Here they are!

MY QUESTIONS ABOUT YOUR GRANDPARENTS

1. What is one thing each grandparent does that makes you feel loved?

2. What job could you imagine each grandparent doing in her/his life? (This can be the same or different from what the grandparent does or used to do for a job.)

3. What is your favorite thing to do with each grandparent?

4. How do you think each grandparent sees you?

5. For each grandparent, if she/he were an animal, what animal would she/he be?

6. What does each grandparent like to eat for dessert?

7. What do you think each grandparent looked like when she/he was six years old?

8. What is each grandparent’s favorite sport to play, or if she/he doesn’t play sports, what did it used to be?

9. For each grandparent, if she/he were a tree, what kind of tree would she/he be?

10. Draw each grandparent as one of the Three Amigos.